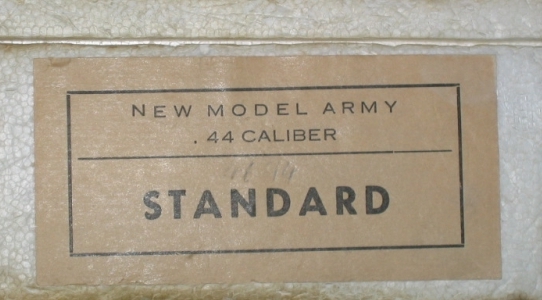 the work horse or the inconspicuous kept-simple Santa Barbara revolver comes with a high-quality finish.  Its deep blue luster and unusual finely-shaped wooden grip plates form a harmonic image of the Remington New Model Army.  Its perfect finish down to the smallest detail, demonstrates the fine art of arms manufacture. The cylinder and barrel were produced in Spain, in the industrial center Oviedo.  The supplier Ecrimesa, still known today for its injected mold production process, took on the manufacture of the frame.  Both locations, Santander [frueher im Text nicht erwaehnt] and Oviedo, lie on the northern coast of Spain, separated from one another by nearly 200 kilometers.

Unfortunately, up to now no confirmation of the two firms could be made; consequently, we leave this issue first of all in the realm of the “Myths.”

Actually, according to an analysis of the frame material, it was made from a low alloy structural steel 31CrSiMo4 meeting DIN 17006 standards.  The barrel consist of alloyed heat-treated steel, 42CrMo meeting DIN 17200.  This tempered steel is also used for the manufacture of critical moving parts such as connecting rods, gearbox parts, and cog wheels. The third part of the trio, the cylinder was also produced from alloyed heat-treated steel 34CrMo4 in accord with DIN 17200.  One finds this material also in truck axels.  As a unit, this is a firearm whose material application suffices for high demands. 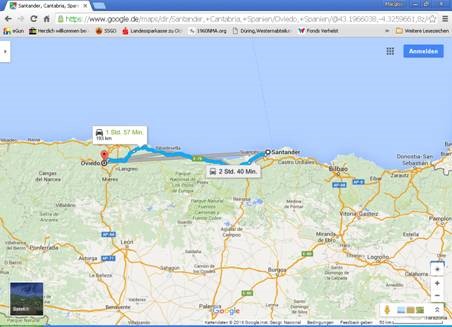 Today, the Santa Barbara, like the Centaure/Centennial, numbers among the collectible, more uncommon breech-loading revolvers of the modern era. The small production total of around 16,000 pistols lets one image a good investment for the future.

The New Model Army is becoming more popular again among marksmen, who have rediscovered anew its fine qualities. Since the introduction of this rather plain arm in 19, only its undersized grip has drawn criticism. Its size has led some owners to make homemade or similar improvements to shape the grip to their own personal touch. Ultimately, it’s always hand size that drives the marksman to undertake such hobby work.  Collectors, on the other hand, seldom make such modifications, for they take pleasure in the entire product, regardless how it fits the hand. Important to them is how the revolver lays in the showcase and how it best attracts the viewer’s eye.

In the brief running time of this project thus far, we have quickly come to known several variations.  An absolute exception to the standard production model is what I call the Santa Barbara New Model Navy in caliber .36 caliber. We hope that further research will bring light to the darkness here, to help clarify whether the pistol is a true prototype or a regular Santa Barbara version treated as a step-mother.

Typical of the Remington is the high-seated front sight blade, which raises the question again and again, whether it is screwed on or glued in place. A swallowtail connection is readily apparent in the photo. 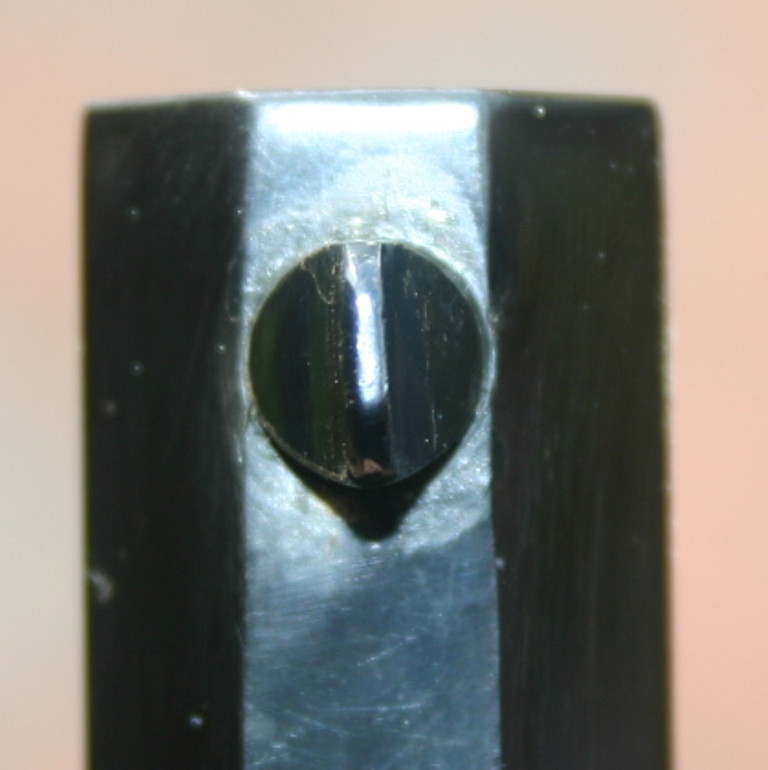 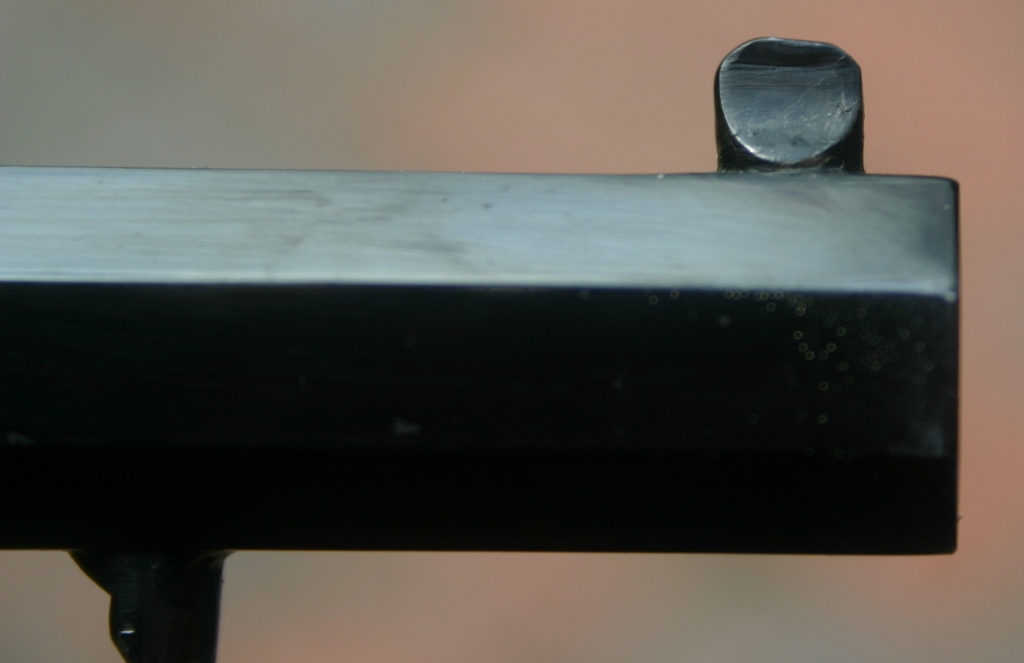 … and here is the typical swallowtail connection 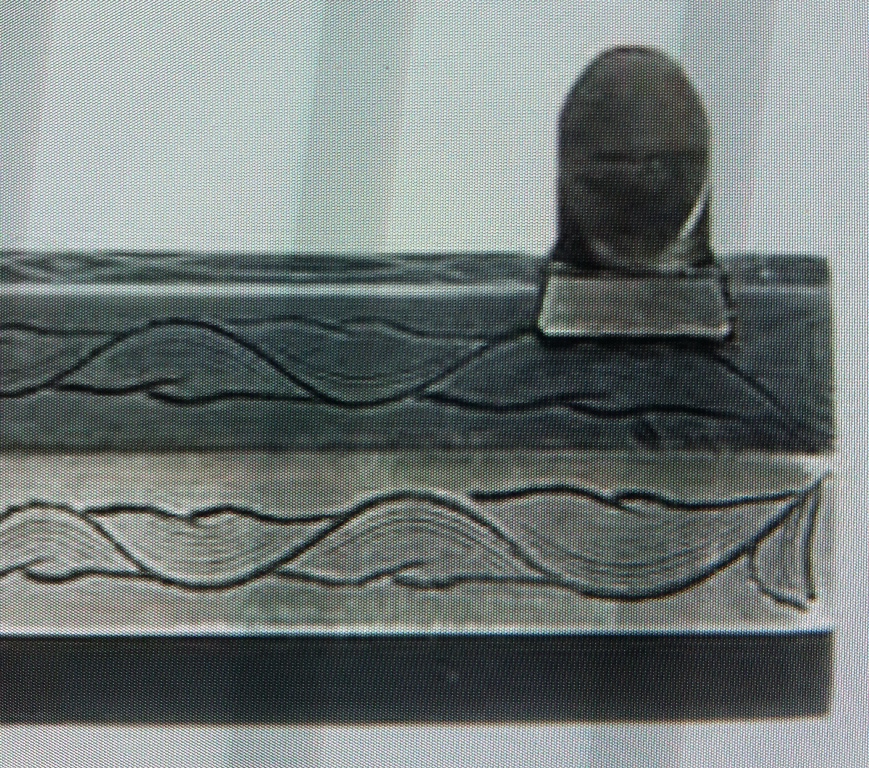 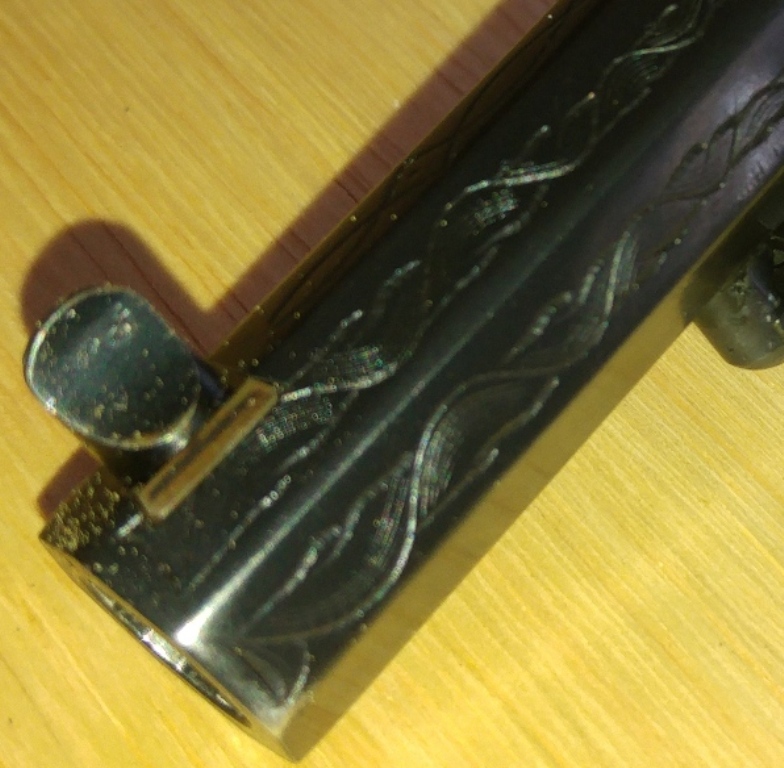 To check whether it is a glued version, the grain should be treated with a hot-air blower or soldering iron. This would never make a collector, however, because it would only harm the grain and its browning.

The cylinder has a smooth external surface free of channeled notches between the chambers. The proof test symbol appears between the hollows of the cylinder stop. The mark is the old-fashioned depiction of a bomb with an ‘R’ in the middle.  The letter signifies the Spanish proof mark for revolver.   These proof test symbols are recognized throughout Europe and consequently escape making  the way to the German Proof Office. 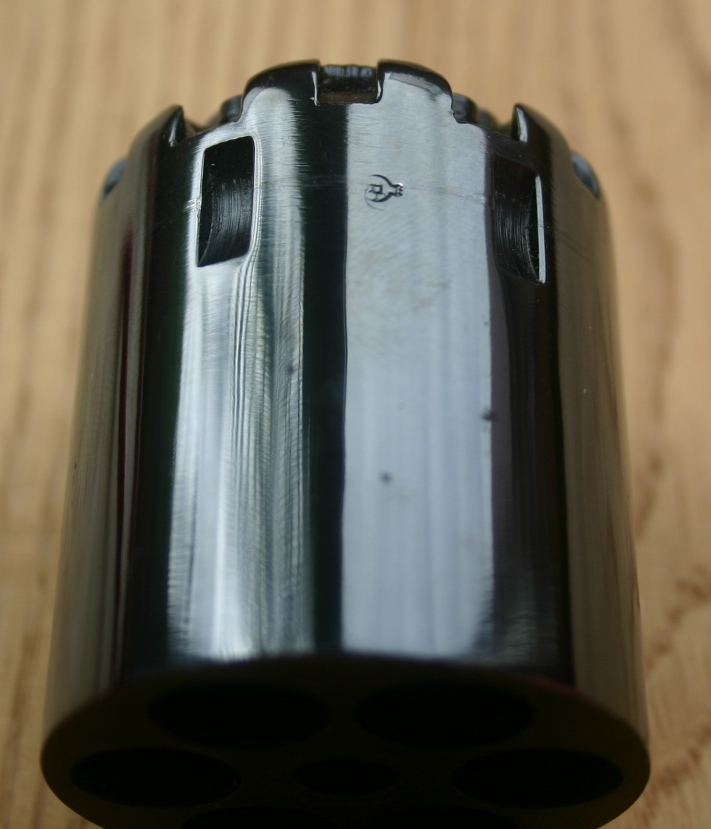 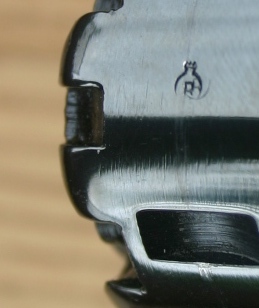 The two-piece grip plates were made from walnut stock and then coated with a layer of fine clear lacquer.  Oiled variants supposedly exist, but we have not yet seen them. Frequently paired grip plates appear mis-matched, suggesting a prior quality control issue. But nature 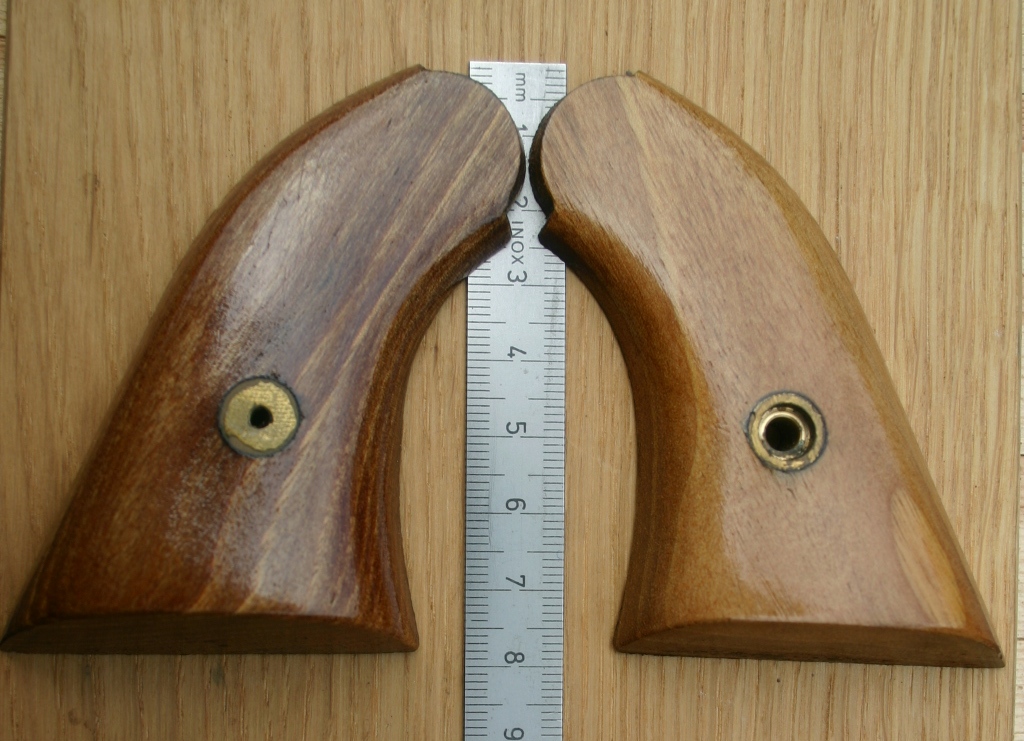 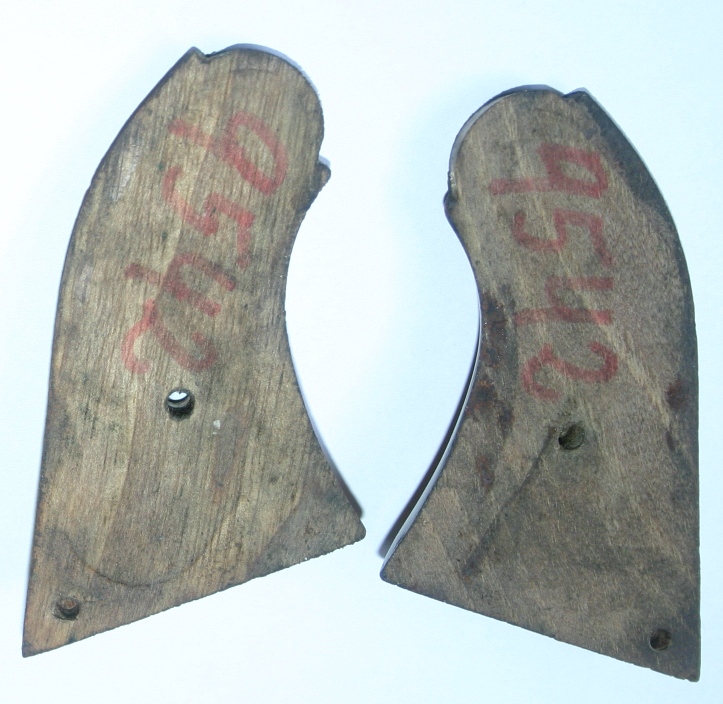 Matching serial number marks appear drawn on the inner side of each pair of grip plates. The numbers help confirm the originality of the wooden companions, even when their grain patterns appear quite different.

The New Model Army trigger guard and grip plates carried a hand-written serial number.  Whether or not these markings belong just to the early Santa Barbara production, remains
to be determined by future research.

The caliber designation on the Plain Jane appears stamped somewhat crudely.  However, the engraved variant presents a finer combination. The mark is located on the left side of the barrel. 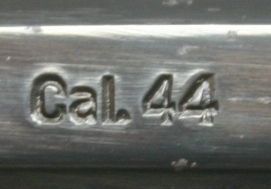 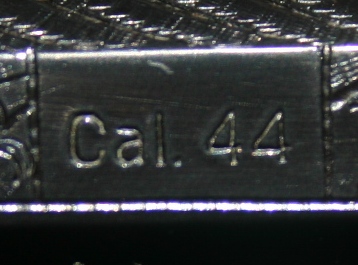 Another style of caliber designation marking has been found on the finer version Plain Jane.

Here is the stamping on the right side of the barrel. Thus markings on the three main parts of the revolver—frame, cylinder, and barrel—show approval by the arms proof office.

The underside of the barrel bears the Santa Barbara trademark. It shows capital letters ‘SB’ in a circle divided on the vertical by a sword. 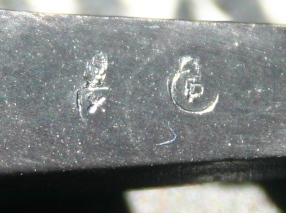 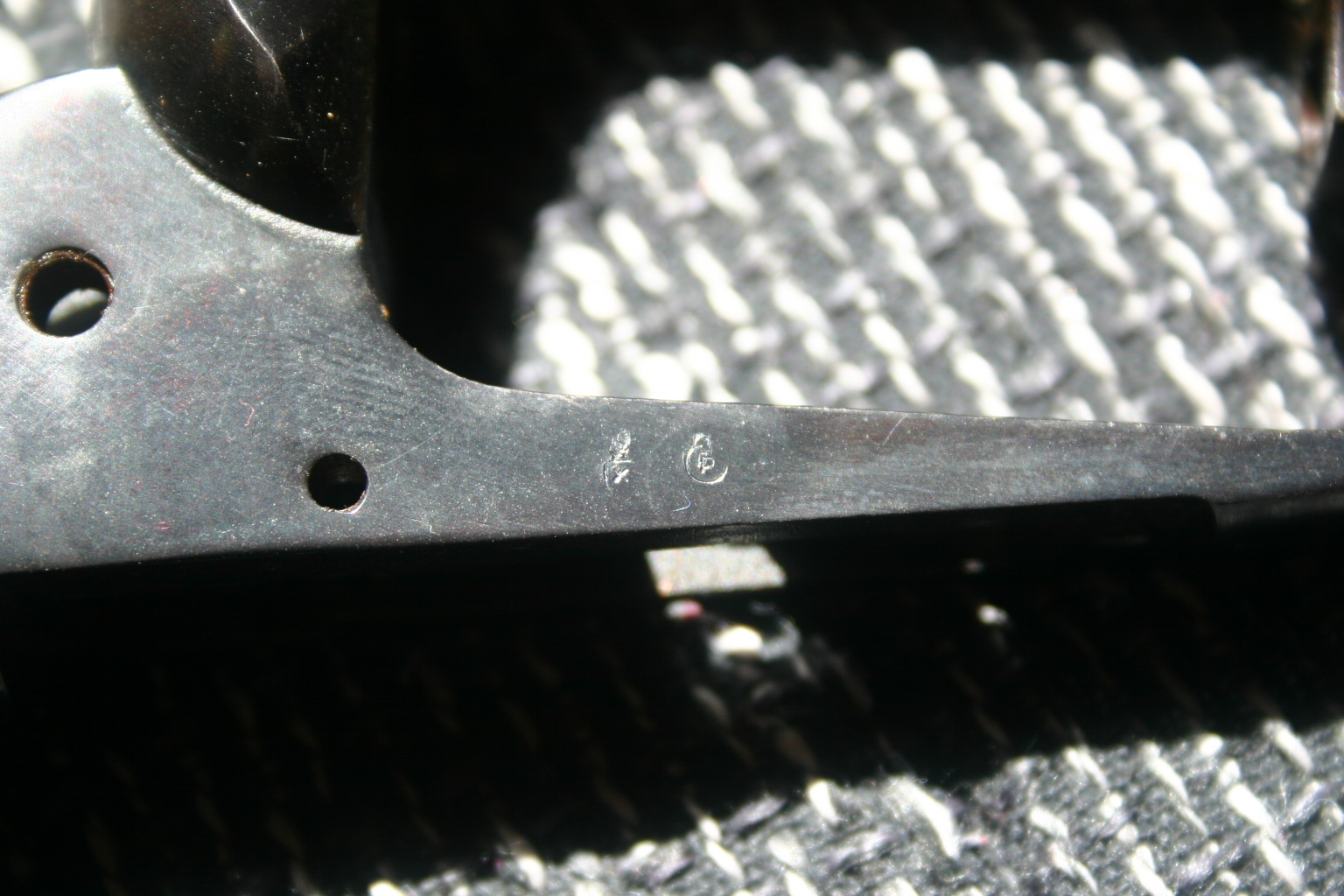 The knight`s head with shield was already found on the upper side of the barrel, but very devious, but he is there! 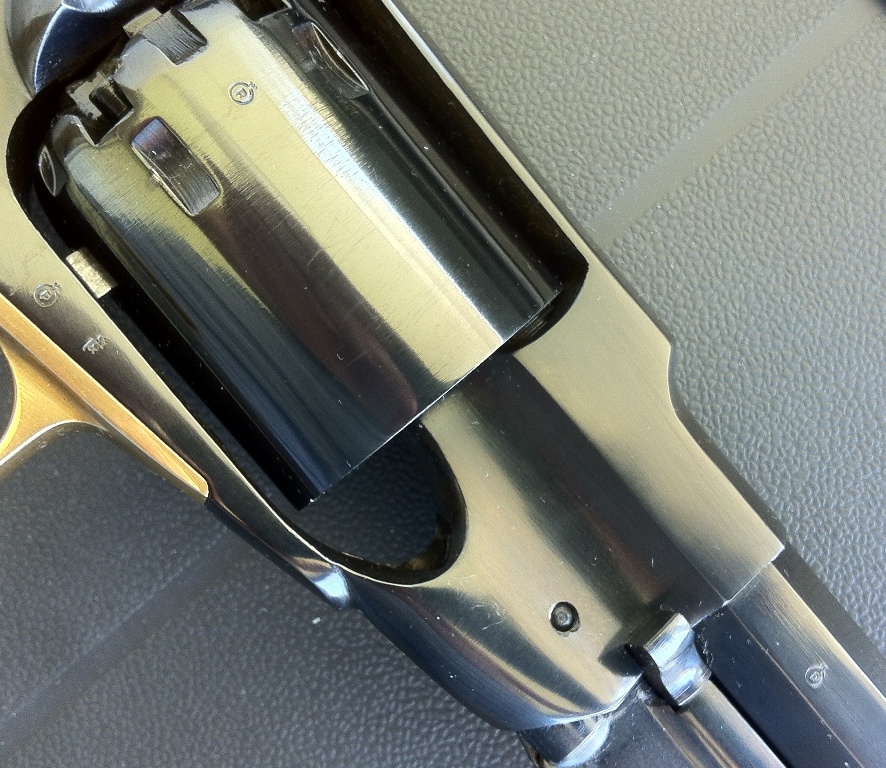 Here is the stamping on the right side of the barrel. Thus markings on the three main parts of the revolver—frame, cylinder, and barrel—show approval by the arms proof office.

The underside of the barrel bears the Santa Barbara trademark. It shows capital letters ‘SB’ in a circle divided on the vertical by a sword.

A handsome and sensible idea, the loading lever is constructed with a spring-actuated fork at the front end to help hold the assembly in place underneath the barrel. The lever seldom falls down when a shot is fired. 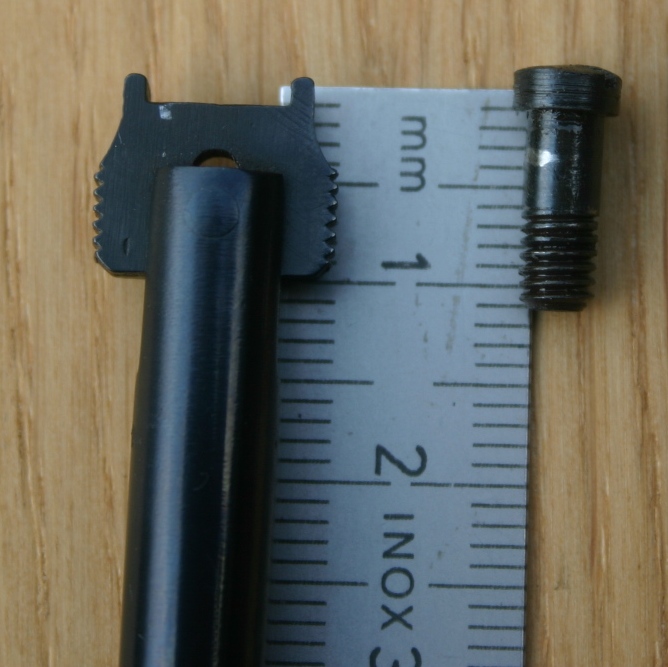 Other parts such as the tempered springs, cylinder stop, and various screws are likewise worked to look quite handsome, like the rest of the revolver.  One sees no [Grad?] or botched-up surfaces. 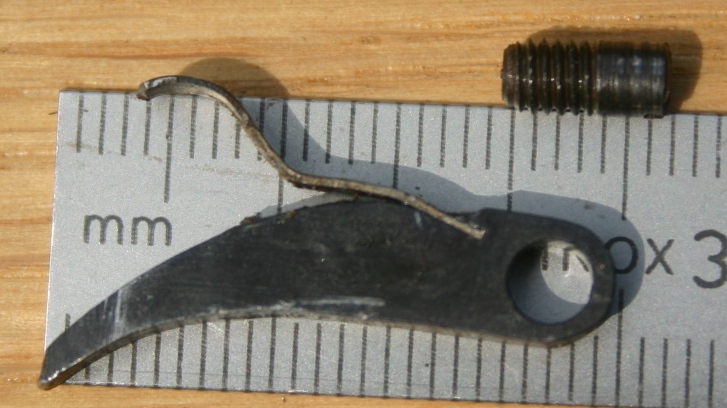 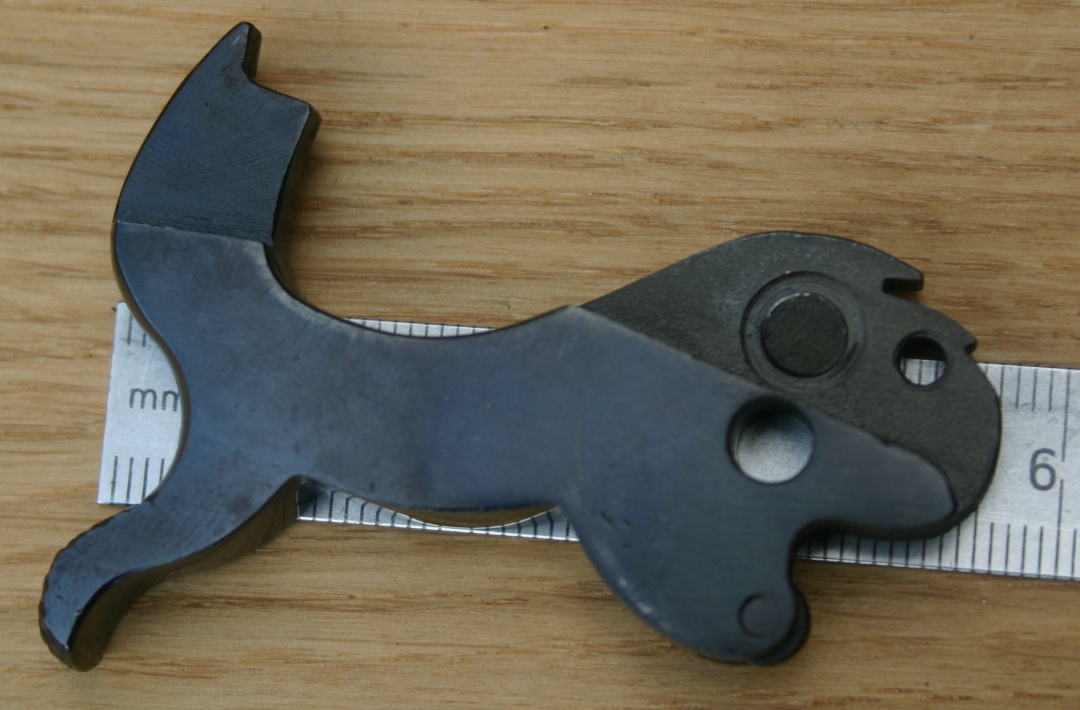 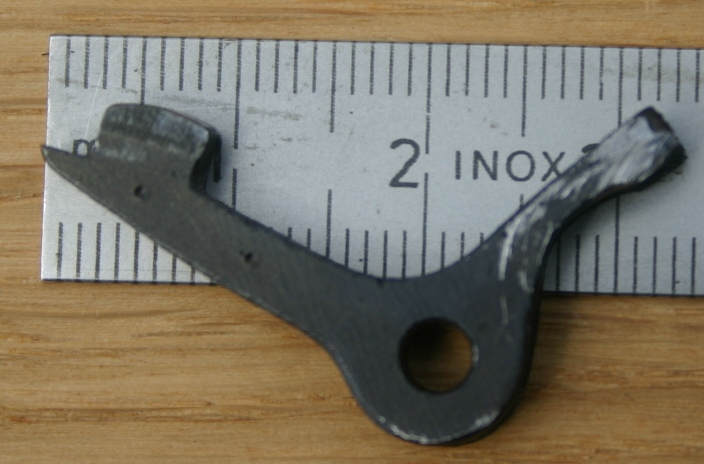 Some cylinder axels show a so-called “magnum-groove” and points to a not so lazy marksman [??]. This topic will be addressed later under the point “Help, what now?” 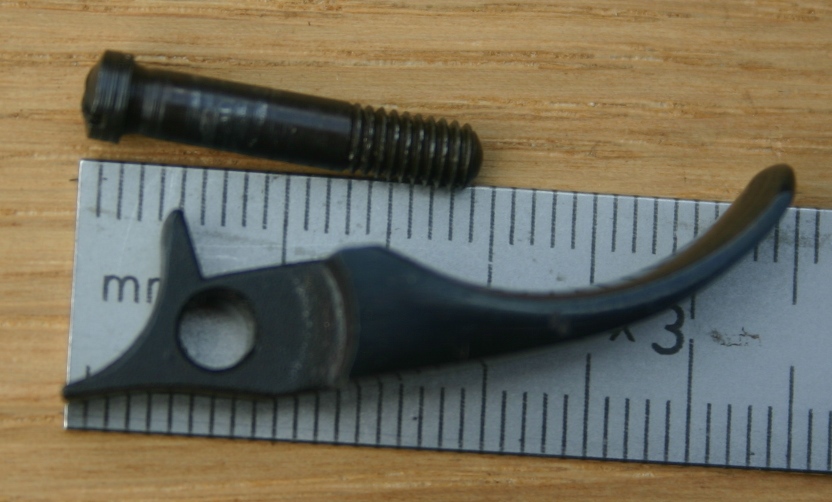 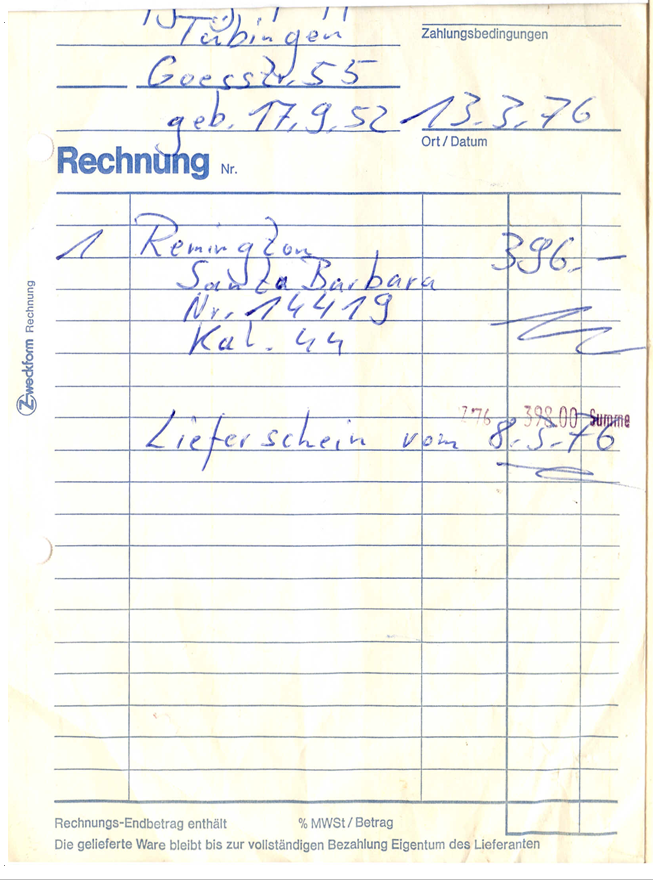 The original bill from 1976 shown here totals 396 German marks.  In the same year, an Italian Remington sold for half this amount, but it looked like half- quality.  To be sure, quality steel costs considerable amounts of money and its processing adds even more to the total production cost.  Back then, in the mid-Seventies, many black powder shooters saved up a long time to be able to buy their steel dream, for a sum near 400 Marks represented a small fortune. Perhaps many a married couple then would have preferred to see a dishwasher in the kitchen than a Santa Barbara in the showcase. 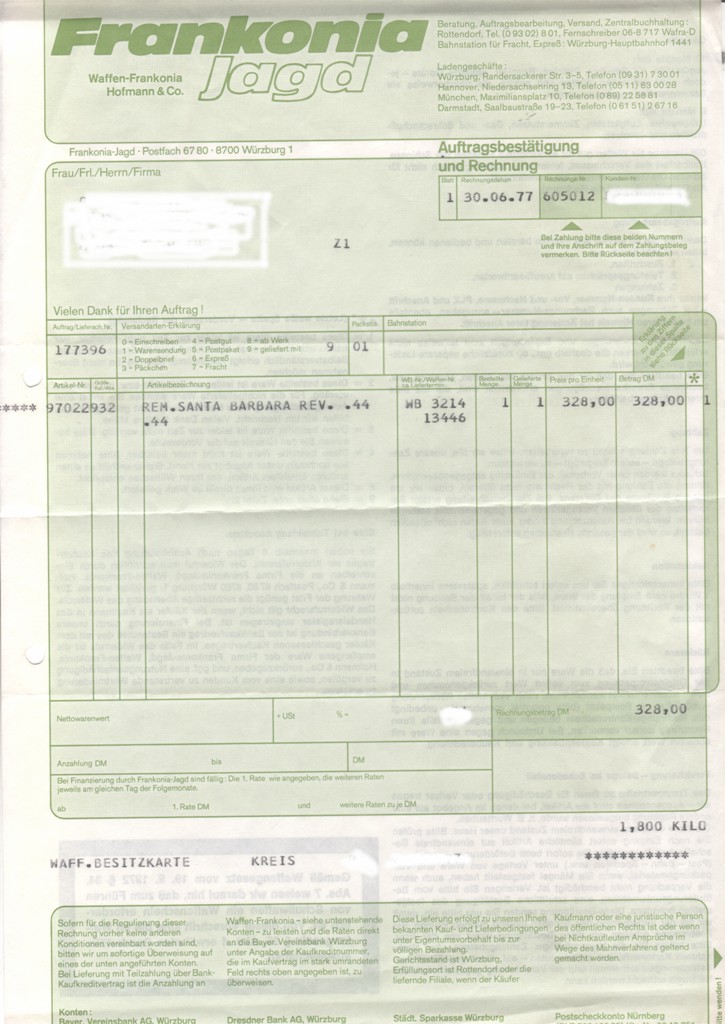 A brief year later, the new owner of this Santa Barbara could pick up -- for 328 German Marks-- his darling from the Franconia Jagd store. Was it the last remaining stock or was it the seller's skill that made possible such a price?