The Santa Barbara Company in Spain offered, as far as we know today, three model variants with engraving. The packaging reportedly stayed the same as used for the Plain Jane, the only difference was the designation Type 1, Type 2, or Type 3 shown on the carton sticker. The engraving was done by hand. The engraver and workshop remain unknown today. It appears, however,  that the engraving occurred out-of-house. Numerical series and numbers of arms produced likewise remain uncertain. But it is becoming clear now that the revolvers selected for engraving were taken from on-going production stock.

We want to arrange under the general category private special-order engraved arms, because only factory engraved models were sold under the three types.

First, we want to classify the three types as: 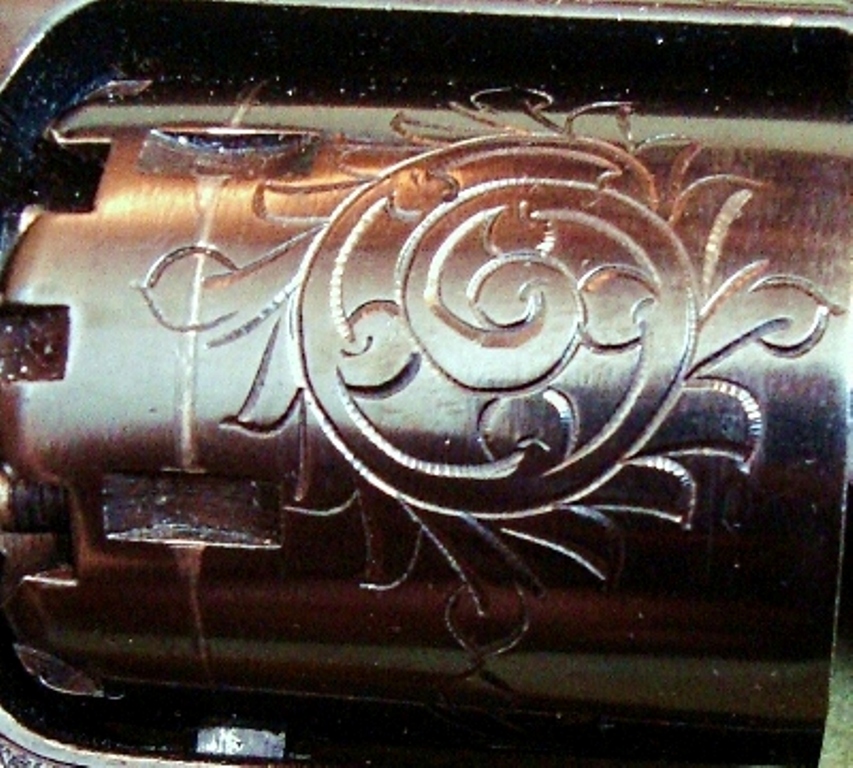 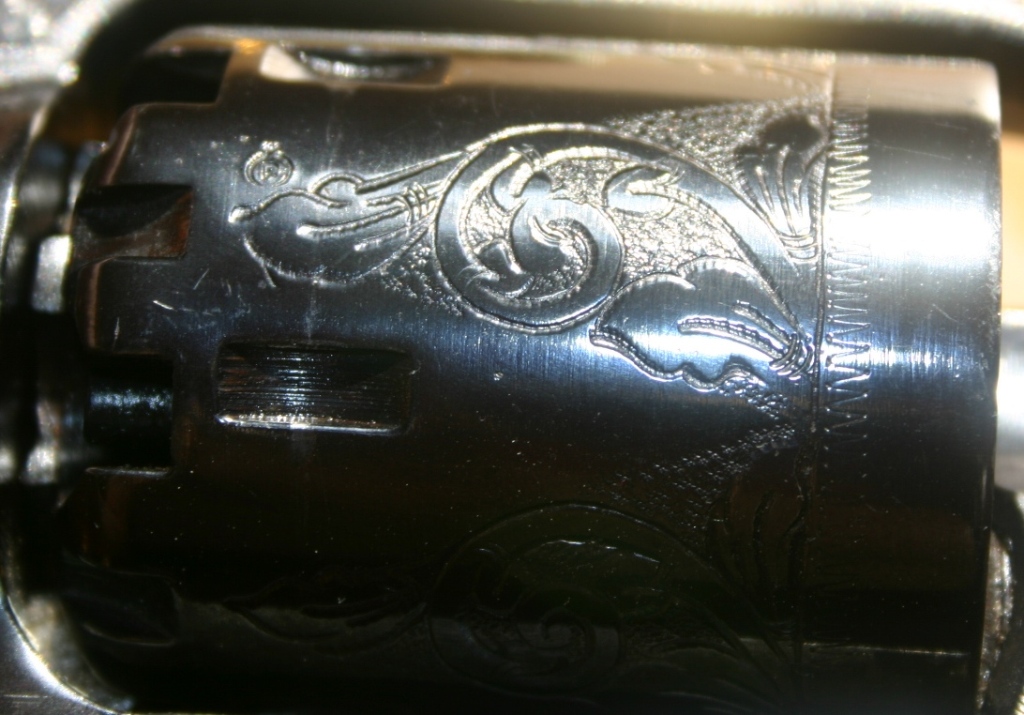 The Grip Strap
The grip straps of engraved pistols are found decorated with various designs regardless of type. The reason for these differences remain unexplained today. They could have resulted from the preferences of the engravers themselves, rather than from some special order. Our esteemed colleague Poudre Noir in France kindly sent the photographs.
Grip strap withing engraving
with eleven leaves     and with six leaves
Grip strap plain            Grip strap Type 2       Grip strap Type 3

Various engraving patterns showcase the skill of various engravers. The style of cut leaves its own signature and the overall quality of the work depends on the artist's rythm. Did craftsmen produce the various patterns in serial so that the same engraver worked a specific section? One engraved only cylinders, for example, another just frames? Could an engraver undertake task beyond the standard Type 1 to 3? So far, no known catalog or prospect describes the individual leaves on the back of the grip or a little flower placed here and there.
From whose hands did the beautiful engraving come? Possibly the firm also employed foreign engravers, who gave expression to their individual styles, leaving an inspired stroke here and there.

The miniature flowers do not appear on every engraved arm. Perhaps they recall the skill of the same craftsman, who immortalized himself, or just had fun, engraving flowers. He placed a few behind the trigger guard and a few on the flash shield. Indeed, the latter in double form