Are We Perhaps Not Alone?
Our research has discovered in an old auction catalog another revolver showing the so-called "limited engraving." The pistol remains in almost perfect condition and appears un-fired. Remarkable is its plainness, especially the absence of any cylinder engraving and barrel decoration. It could be a test piece or an additional variation, intended perhaps for frugal-minded customers back in the Seventies.

Here are some simple traces of claws or leaves 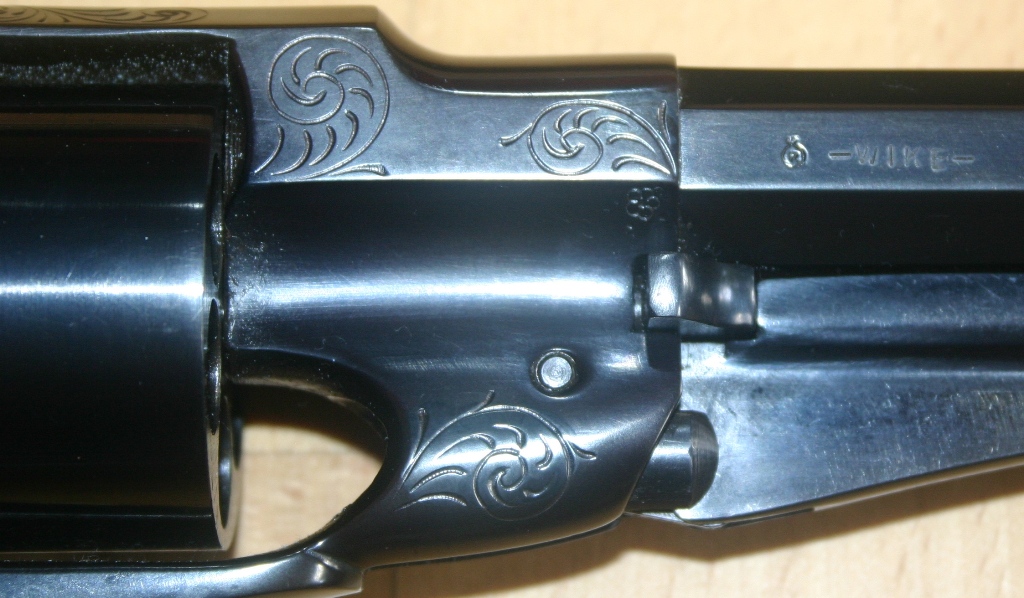 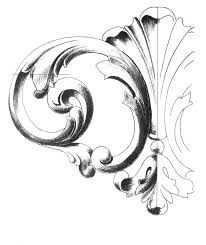 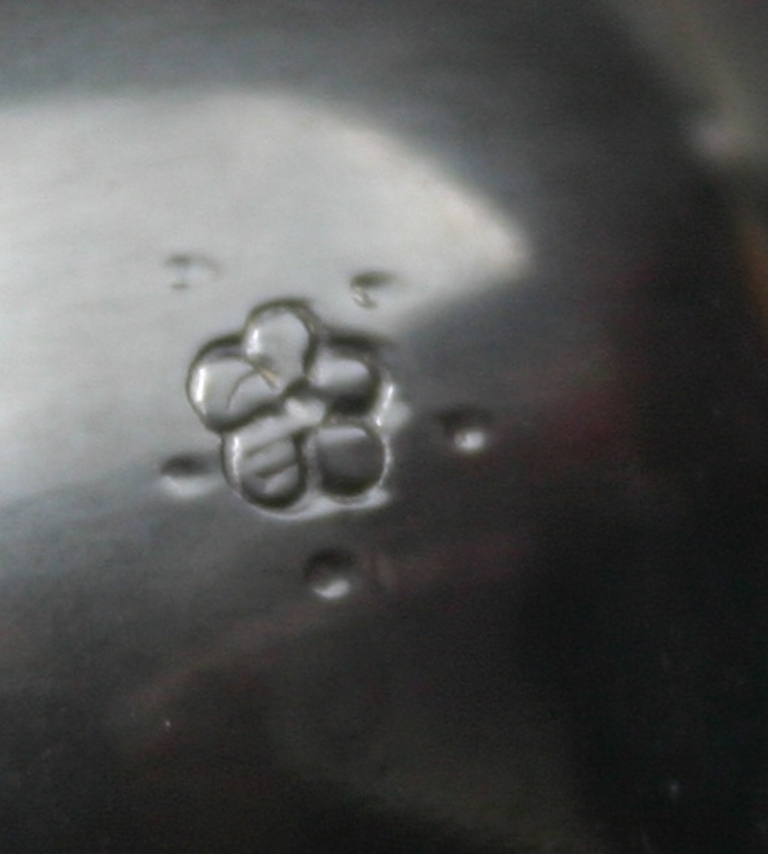 Engraving can be further marginalized.

This Santa Barbara came passed along to Project 1858 from Spain. Its simplified engraving prompts refection about whether the work should be classified as trainee practice or as explorations by the engraver.

This is not a two-tone revolver. Rather someone has removed the original blue finish of the ill-treated Centaure, and stored it away in its new bare metal finish 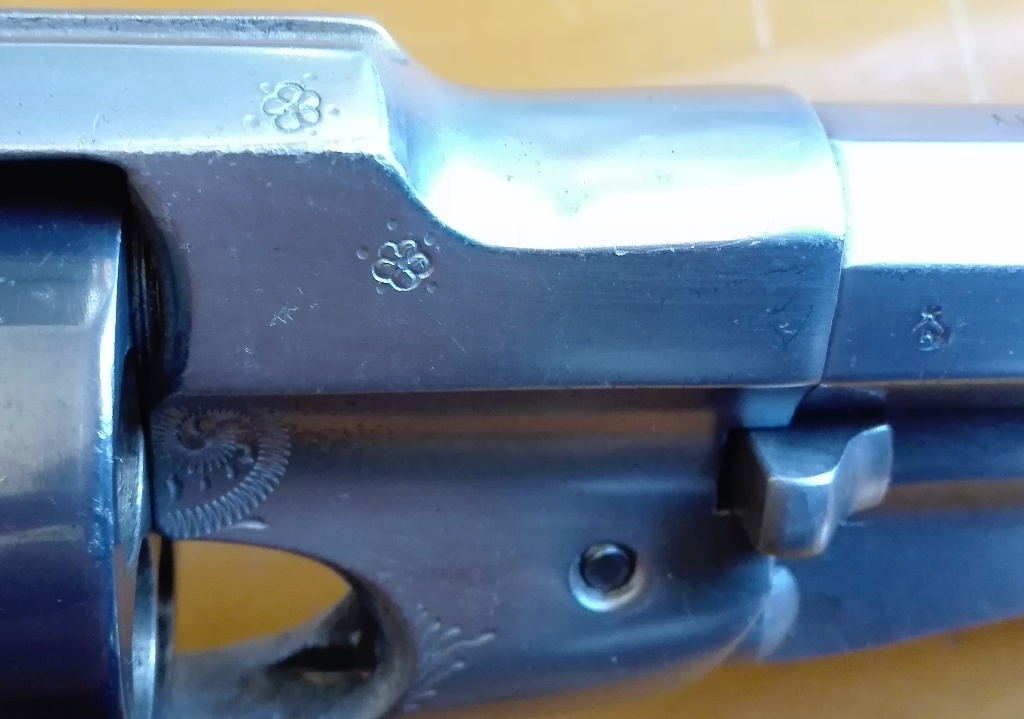 Easily recognizable are little flowers which also appear on other examples. These blooms look discrete and sufficient in number 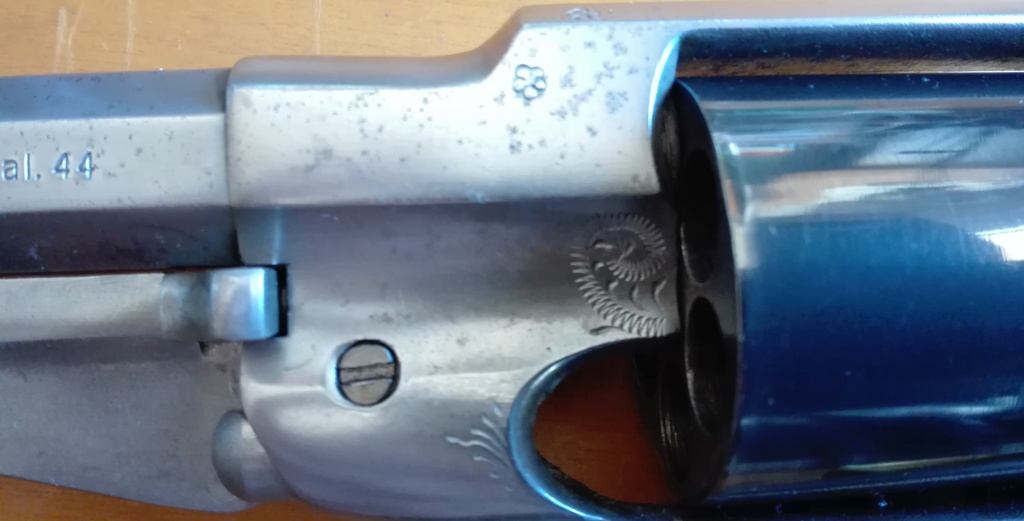 During the hunt for the Spanish darlings, one should always possess a vigilant eye, in order to avoid being taken in by putative prototypes or custom engraved one-offs.  The following example shows us a Plain Jane custom engraved by its owner. Clearly discernable is the trademark of the dealer “Hofmann,” and the non-factory finish. But it’s still nice work and worthwhile seeing. The Plain Jane in particular is open for such little projects. 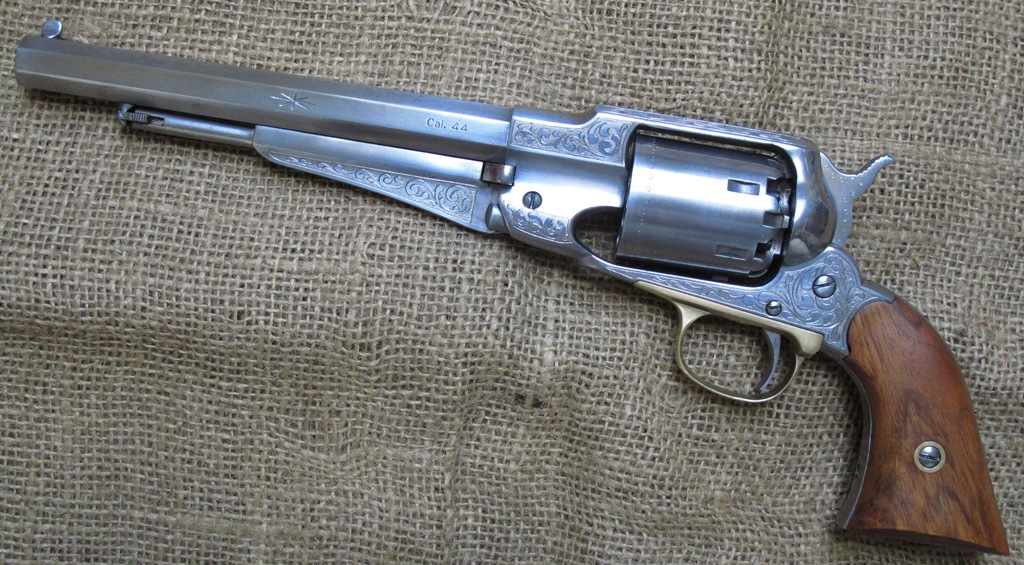 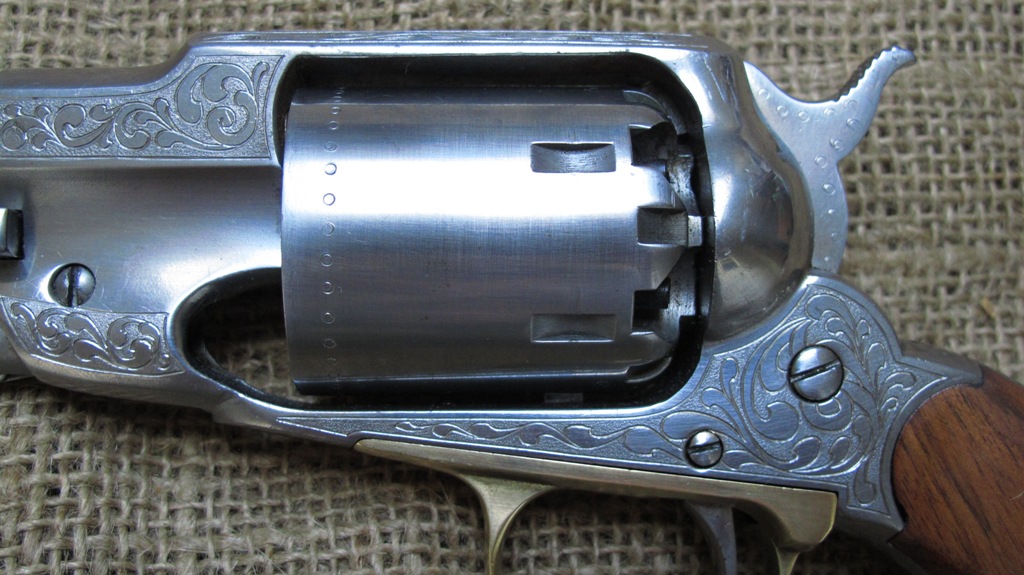 When the news arrived from a Santa Barbara observer in France, I could scarcely believe my eyes. But there it was: Santa Barbara New Model Army, engraved Type 3 in .36 Caliber! 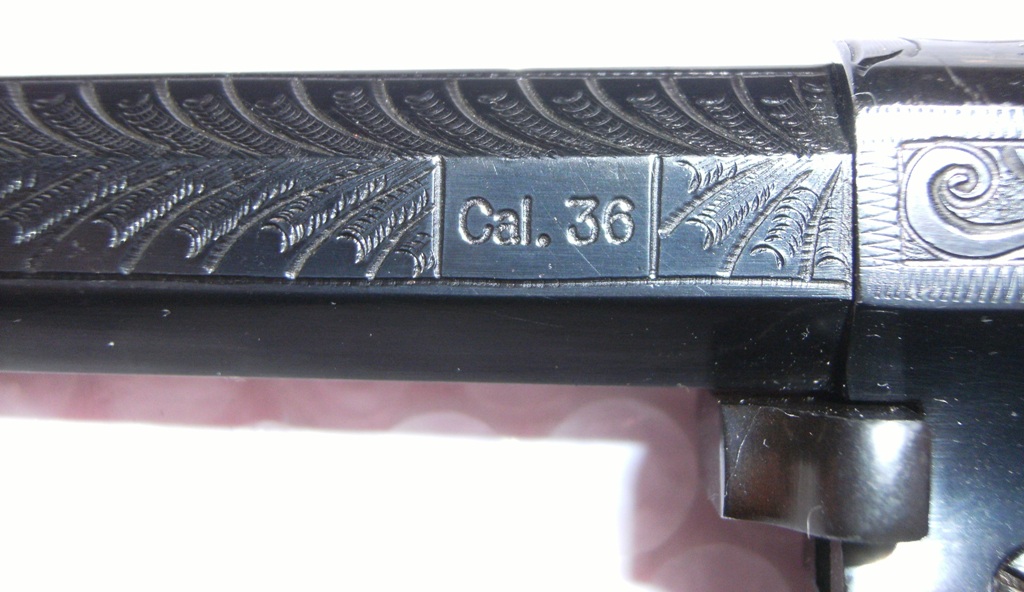 The subject arm is also noteworthy for its serial number 00003.  A collector in the USA has reported this same number for his .44 caliber model.  Thus the .36 caliber arm appears to be a special order or a design prototype. What else would account for the complete absence of advertising for the .36 caliber revolver? What additional surprises might await us in this field? 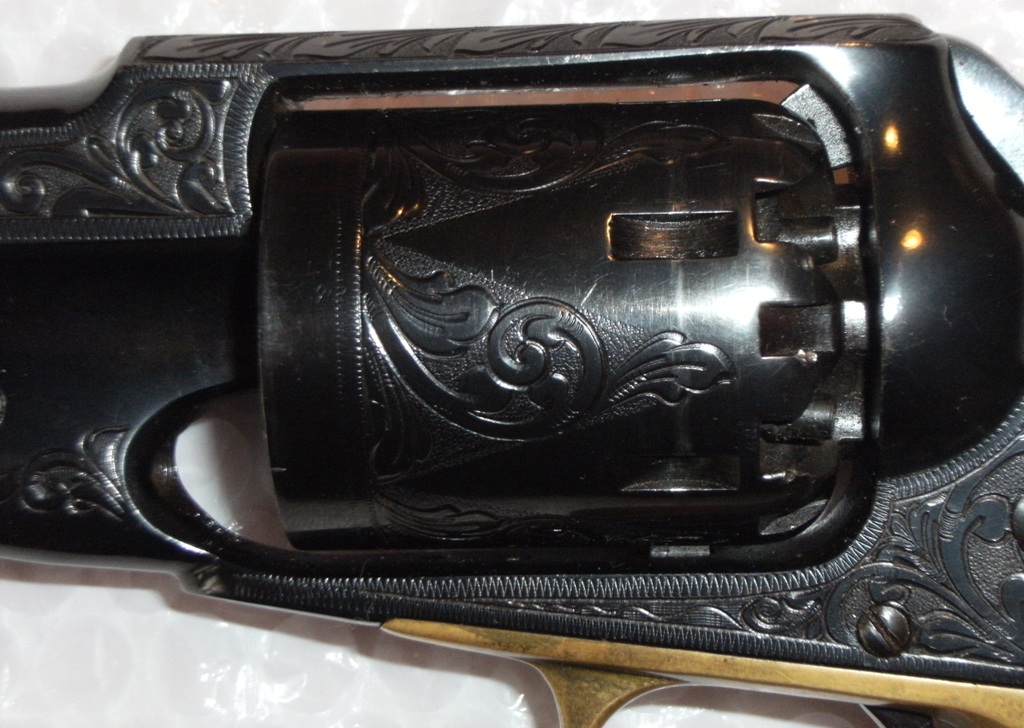 The barrel of the .36 caliber arm is shorter than the .44 caliber barrel..

Finally, of course, the question remains whether it is a good fake. It could be made out of the pictures at least no proof marks and that is very strange!