As with most projects, one begins by searching first for the tough parts. But then at some point, a carton, a tool, or only a cardboard box falls at one’s feet. That’s what happened to me when a box containing a revolver came up for sale at an auction house. It is the very first styrofoam carton with colorful outer box that I have acquired. My hope--and as a small collector I don’t stand alone in the big world-- is to find a faultless set.  Soon thereafter I began researching the theme illustrated on the carton and to decide which containers once held the large and small parts.

Current research shows the Santa Barbara came to the purchaser packed in a styrofoam carton complete with lid and cardboard outer carton. A label on the box end identified the particular contents.  The model range included the three engraved Types 1, 2, and 3, and the Standard model, the inconspicuous, simple version lacking further embellishment.

Emphasizing quality and exclusivity, the carton contained a protective seal to prevent product tampering. This unique piece of packaging had to be broken open before the revolver could be removed from the carton.  What a sublime feeling the original owner must have experienced doing this for the first time. But the mint-in-box collector probably didn’t even open the carton! To ensure safe delivery, the manufacturer spared no lubricantin packaging this beautiful arm, so traces of “Molykote” and its relatives often remain visible in the carton.

This carton contained a four-page certificate of guarantee bearing the serial number of the enclosed revolver typed on the front page. Surviving document show much concern for detail.  It would be nice, for certificates found loose today, to be able to track down the corresponding missing revolver. 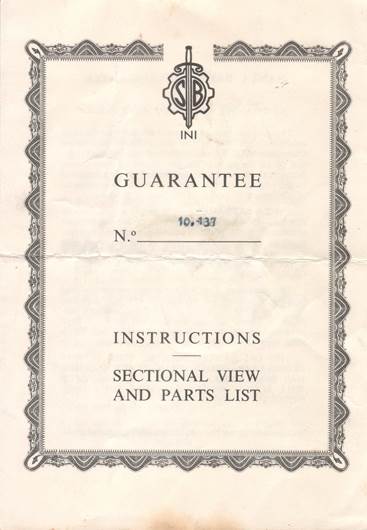 The second page contains a description of the acceptance standards used at the proof office. This test ensured the buyer will receive a high quality product from the state-owned house “Empresa Nacional Santa Barbara Spain.”  Thus assured, he could fire his new revolver without having lead dig into his hands, or something worse, such as the entire firearm exploding in an instant into oblivion. 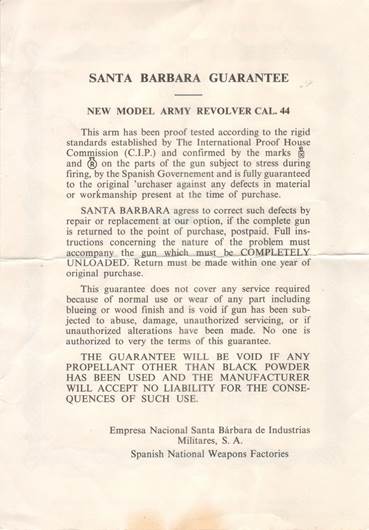 The third page describes the loading process. Perhaps no other manufacturer offered similar helpful information. The question arises though, when according to Paragraph 27, did the owner of a muzzle-loading firearm need to have an Explosives Permit? Perhaps the requirement had yet to be put in place at this time. 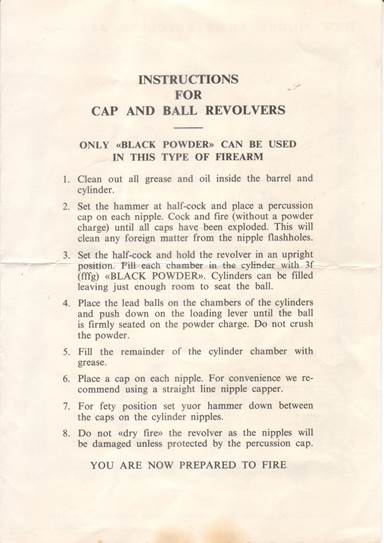 The last page shows an exploded view of the revolver with corresponding part numbers. This feature was a very advance service Santa Barbara .provided to owners of its muzzle-loading revolvers. Such documentation was then and is still today worth its weight in gold. Here is evident once again of the logical comprehensive marketing which later fell through probably due to price competition. Even then, the saving or “stinginess is neat” mentality began to emerge. Not for everyone, of course, otherwise some 10,000 examples of the arm would not have been sold. That remains a rather small number compared to sales of the Italian revolvers. But today the Santa Barbara revolvers are in demand more than ever. Only the best marksmen call them their own at championships. The direct competitor for the Santa Barbara at the time was probably the Centaure from Belgium, an arm which also contained quality materials and much pride of workmanship.

Another interesting package insert is the registration card. This return mailer invited buyers in the United States to register their purchase with the manufacturer’s North American representative in Connecticut. The information customers provided activated warranty coverage against defective parts and brought periodic updates about new products and services. It would be interesting to learn whether anyone in Europe registered a purchase with this card.  Today, the card is rarer than both the certificate of guarantee and the carton. He’s a lucky collector indeed who has one of these cards in his collection. 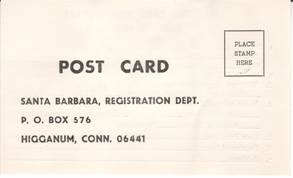 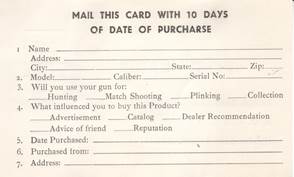 The revolver set also includes a nipple wrench. This T-bar tool facilitated the removal of the percussion nipples of the Remington “NEW MODEL ARMY,” for replacement or cleaning.. Made of the best steel, many nipple wrenches surviving today show no signs of wear even after years of service. When an old one surfaces today, its presence reminds us that it had to pass an internship in the Indian Wars. 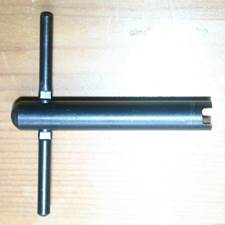 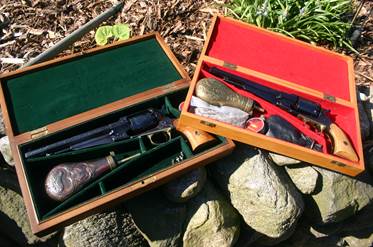 The beautiful powder flask contained in the set featured various designs and various models. Most of these brass flasks came from manufacturers in Italy, but various dealers in the United States handled similar flasks as well.

People fond of their revolver give it a dry home in the form of a wooden showcase.  Some nice examples are available today in both the simple French pillow version and in the English style compartmented to store small items such as percussion caps and lead balls. 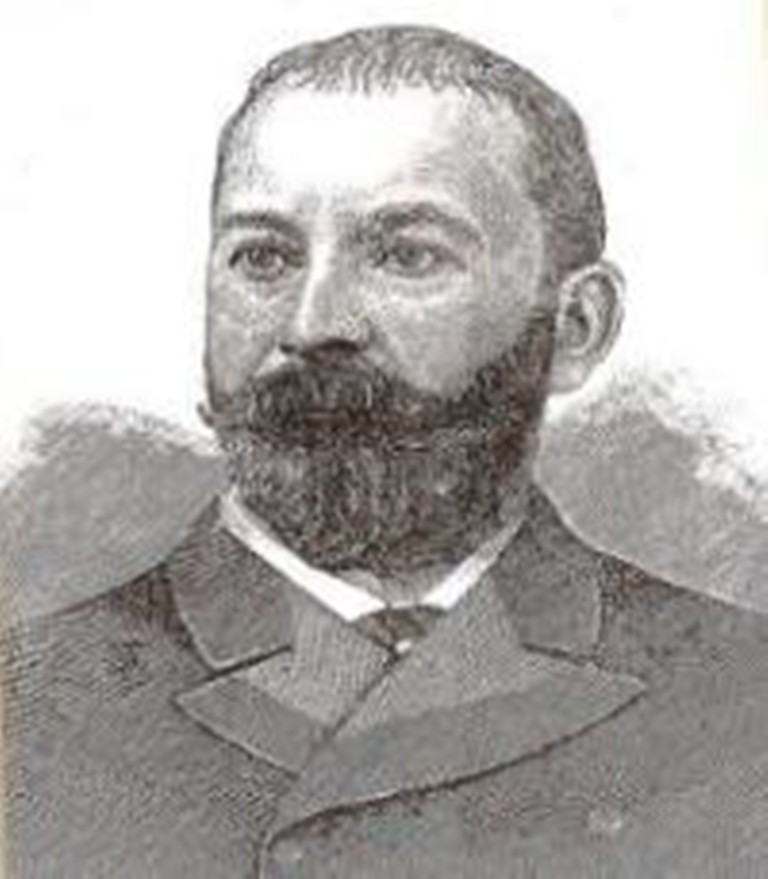 Paul Dominique Philippoteaux (1846-1923) born in Paris, was the son of artist Felix Philippoteaux. Paul received art lessons at home and studied at the Lycée Henri IV and then at the School of Fine Arts, where he participated in an exhibit at the exclusive Salon de Paris. Soon he became famous for his paintings, portraits, and panoramas. His most famous work remains the 42x377’ cylindrical oil painting depicting the climactic Confederate attack on Union lines during the third day of the Battle of Gettysburg, July 3, 1863. He painted four versions, two of which now number among the last cyclorama surviving in the United States.  Beginning work in 1882, the artist photographed the battlefield and interviewed some veterans, including Generals Abner Doubleday, Winfield Scott Hancock und Oliver Otis Howard.  Today, the wonderful painting, now restored to its original luster, is showcased at the Museum and Visitor Center, Gettysburg National Military Park, in Gettysburg, Pennsylvania.

The cardboard carton shows two excerpts from the battle scene.

One has to look closely to see both scenes. 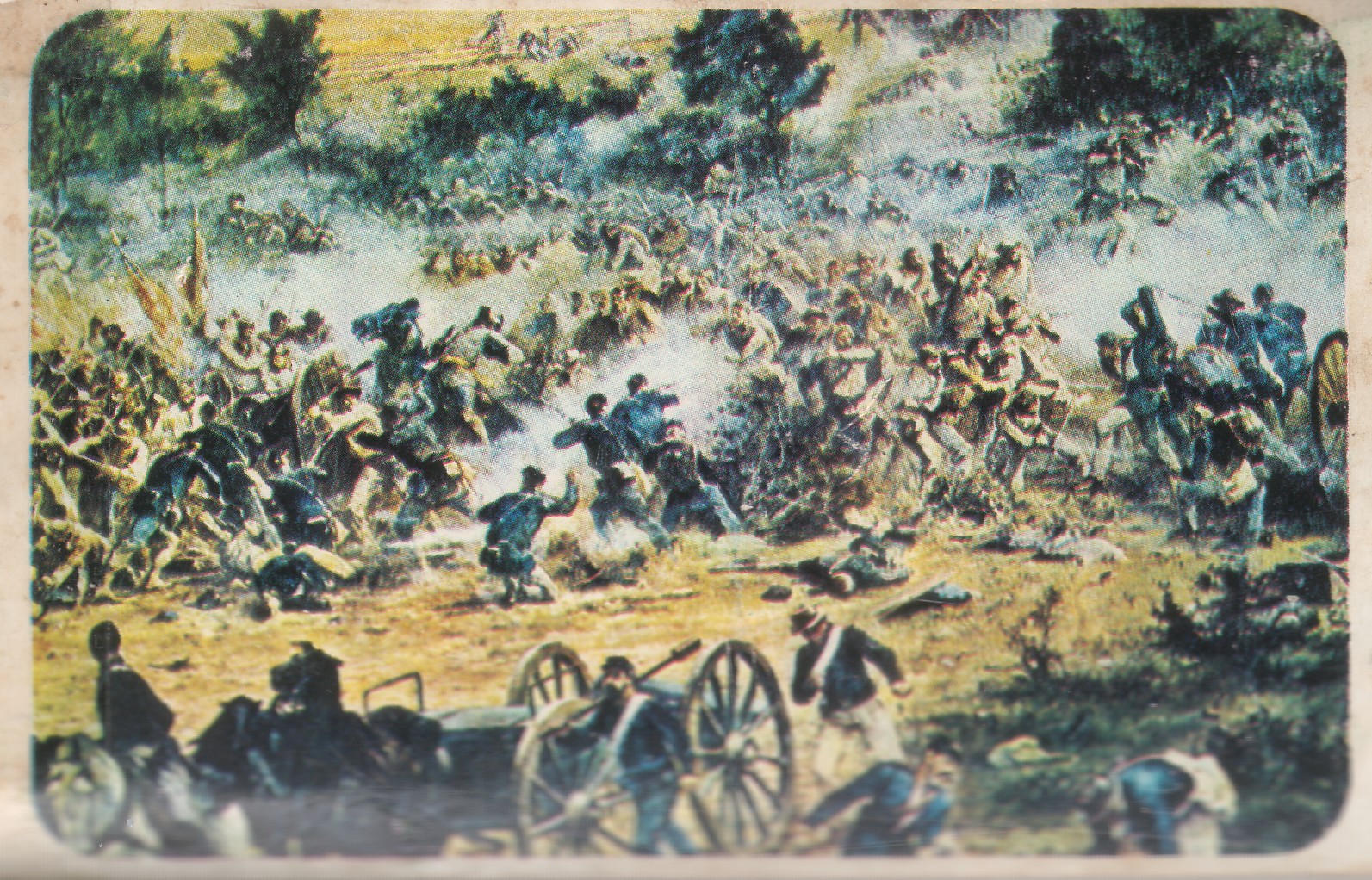 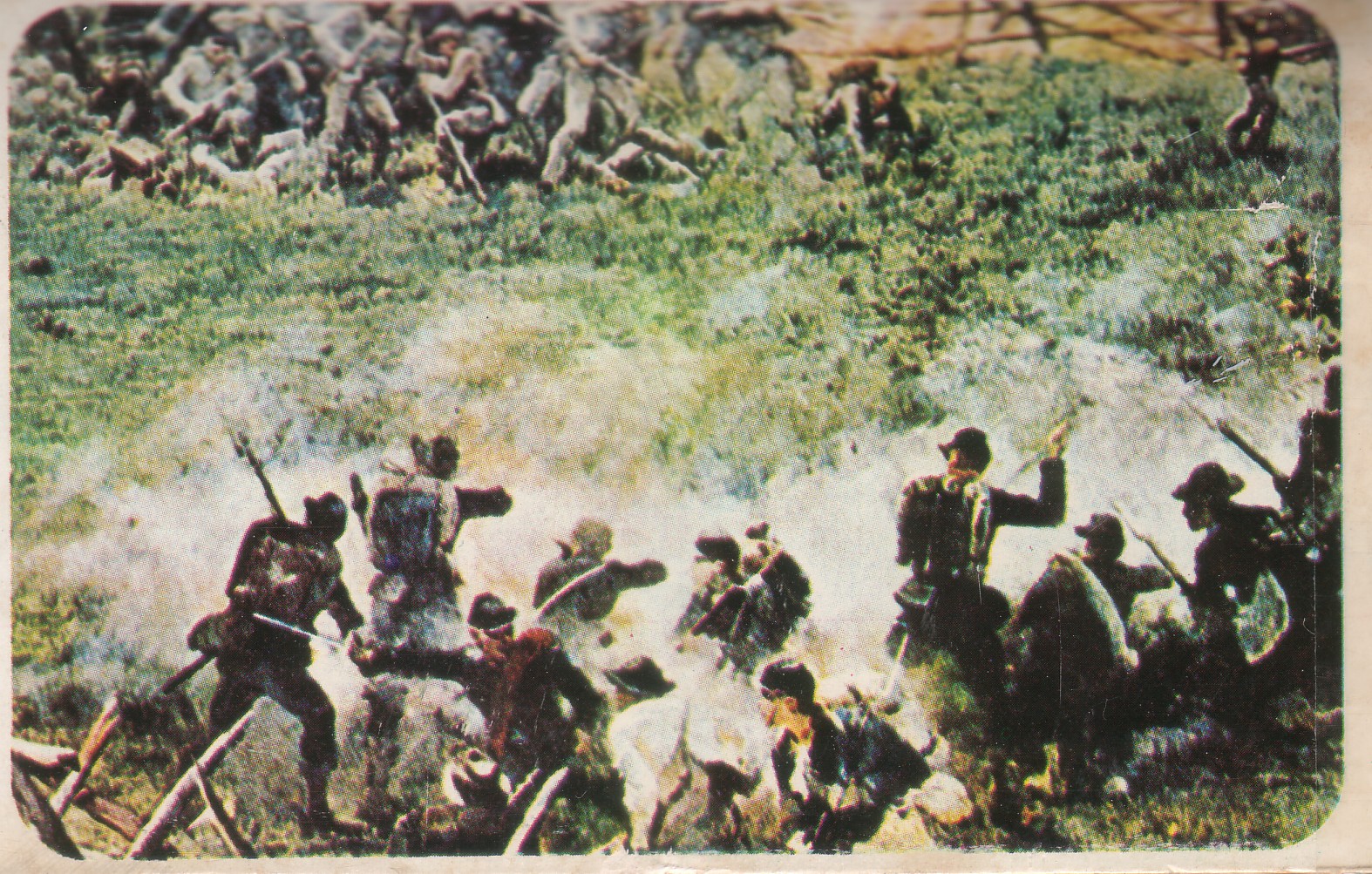