Powder flasks protect the powder and facilitate loading by means of variable charging spout designed to deliver the exact load.  Flasks are forbidden at most shooting ranges today because the appliances fail to meet safety guidelines. A spark or glowing percussion cap could turn the flask into a hand grenade which no one would want to be near if happens to explode.

Proper measure depends on the pellet size of the powder, so its weight should be controlled. Black powder marksman calculate the load required in grains. One gram equals 15,432 grains.

Flasks different in details according to:

- Size of the charging spout

One of the best-know flask manufacturers is Dixon and Son of Sheffield, England. Then follow the various Italian flasks whose manufacturers remain unknown today. These products were sold by Petersoli, Hege, CVA and many other suppliers. The features which distinguish an original from a copy remain to be determined.

This flask from an Italian 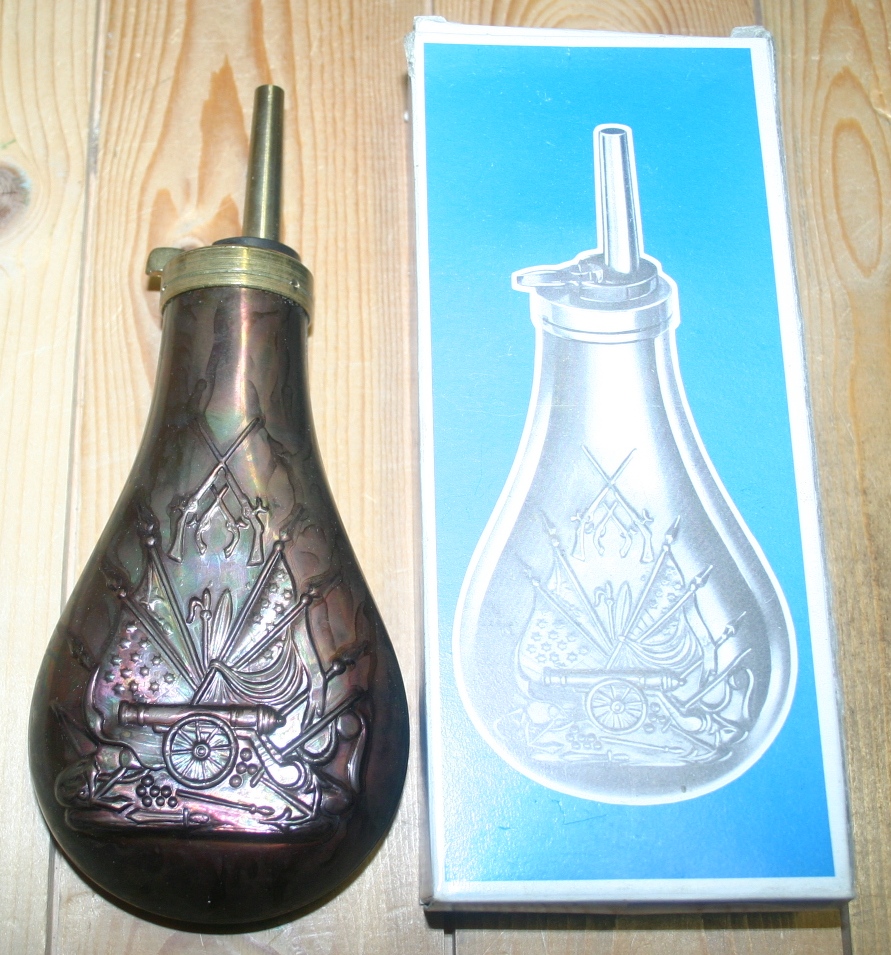 Caliber designation on a box 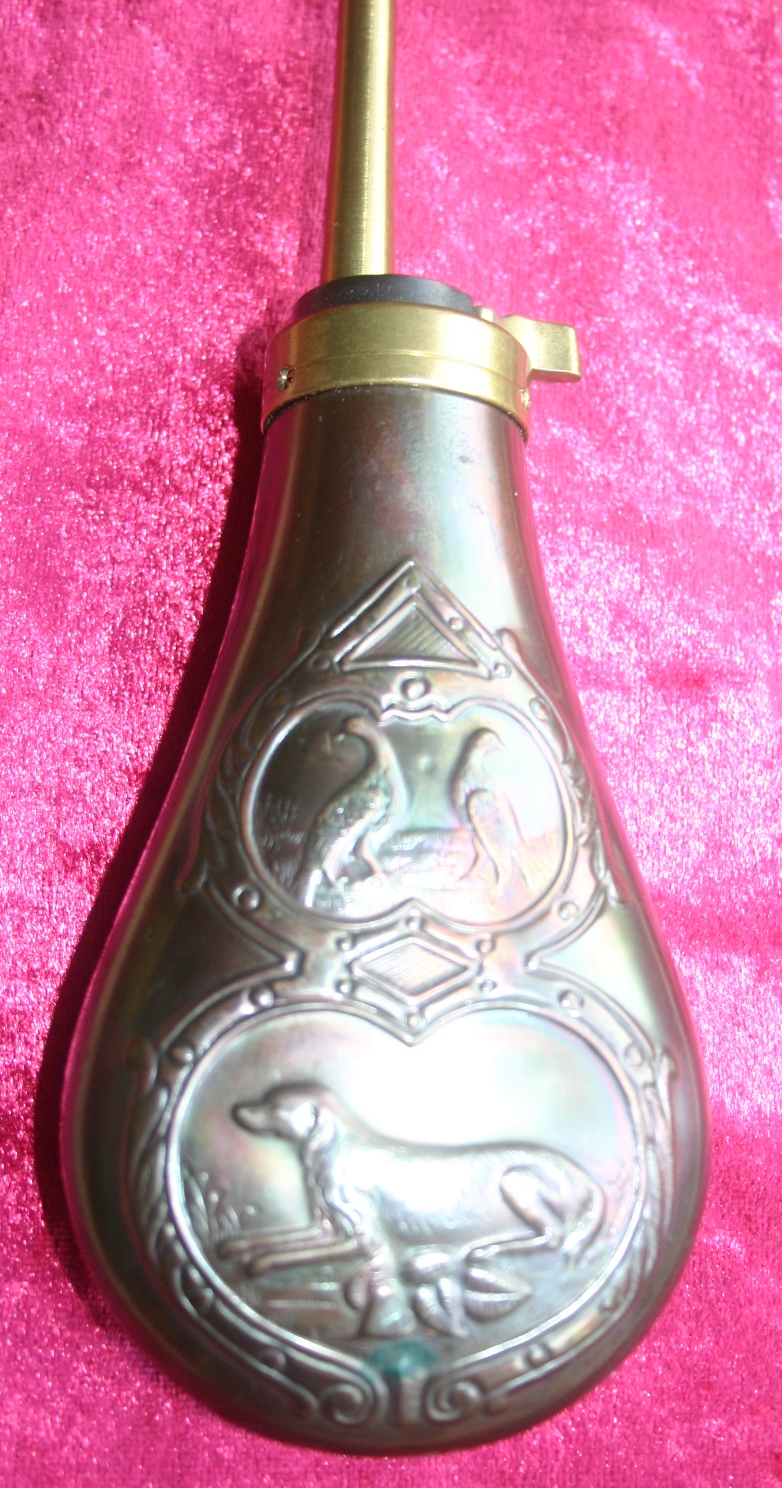 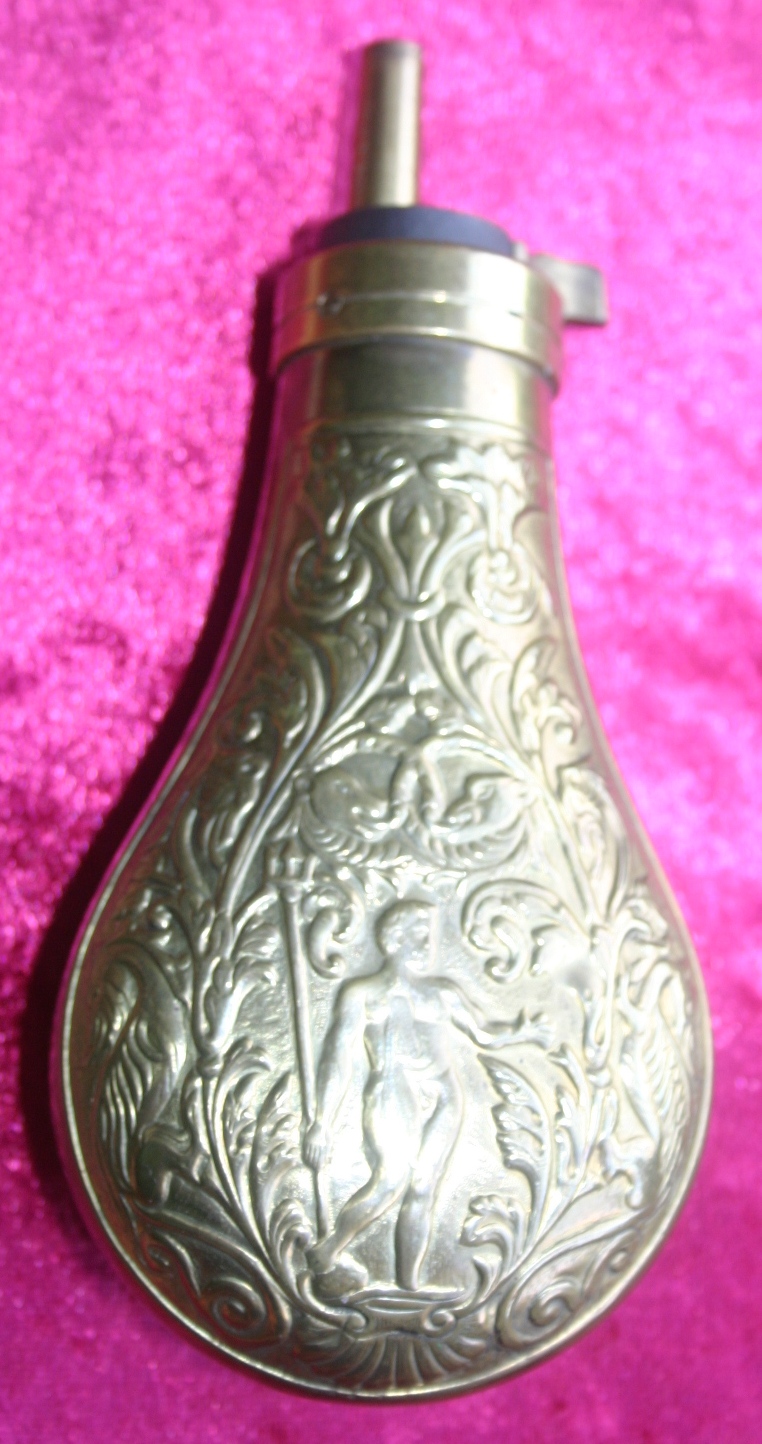 A brass charger from the basic equipment of Connecticut Valley Arms, USA.

Seldom offered in our auction houses 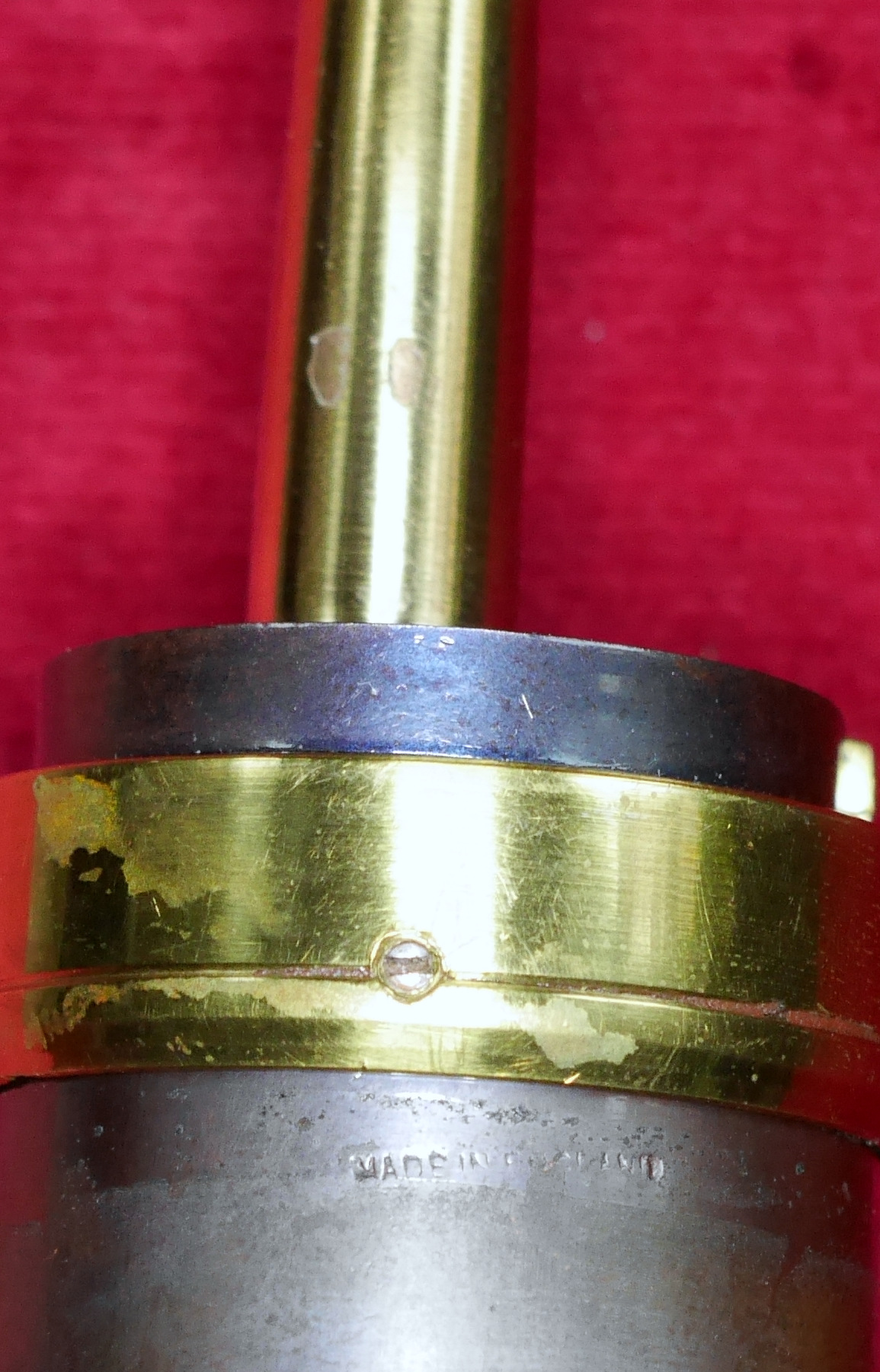 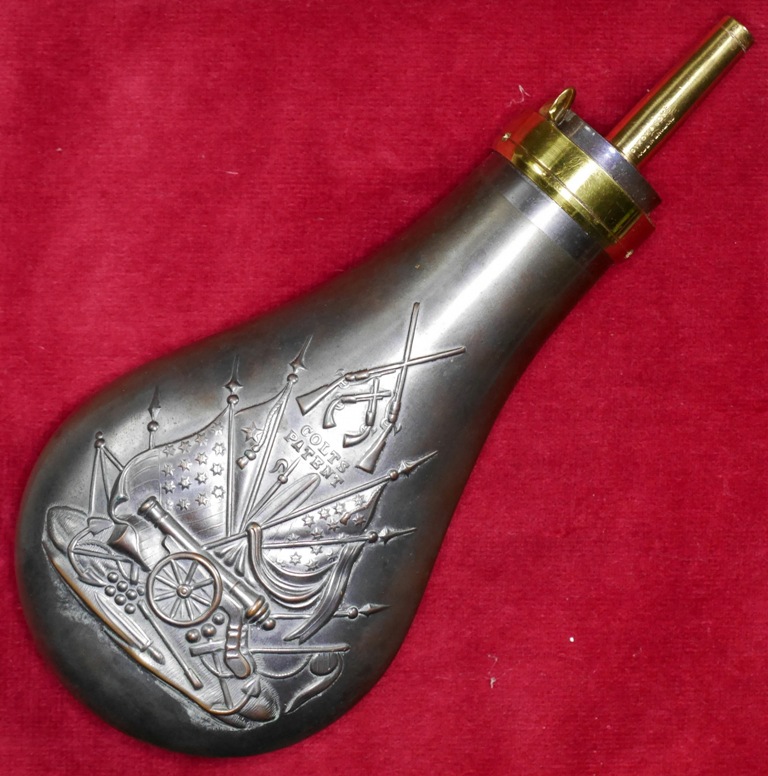 The variation Texas flask has two triangular eyelets to take a leather strap. The explanation shown on the carton reverse speaks for itself. 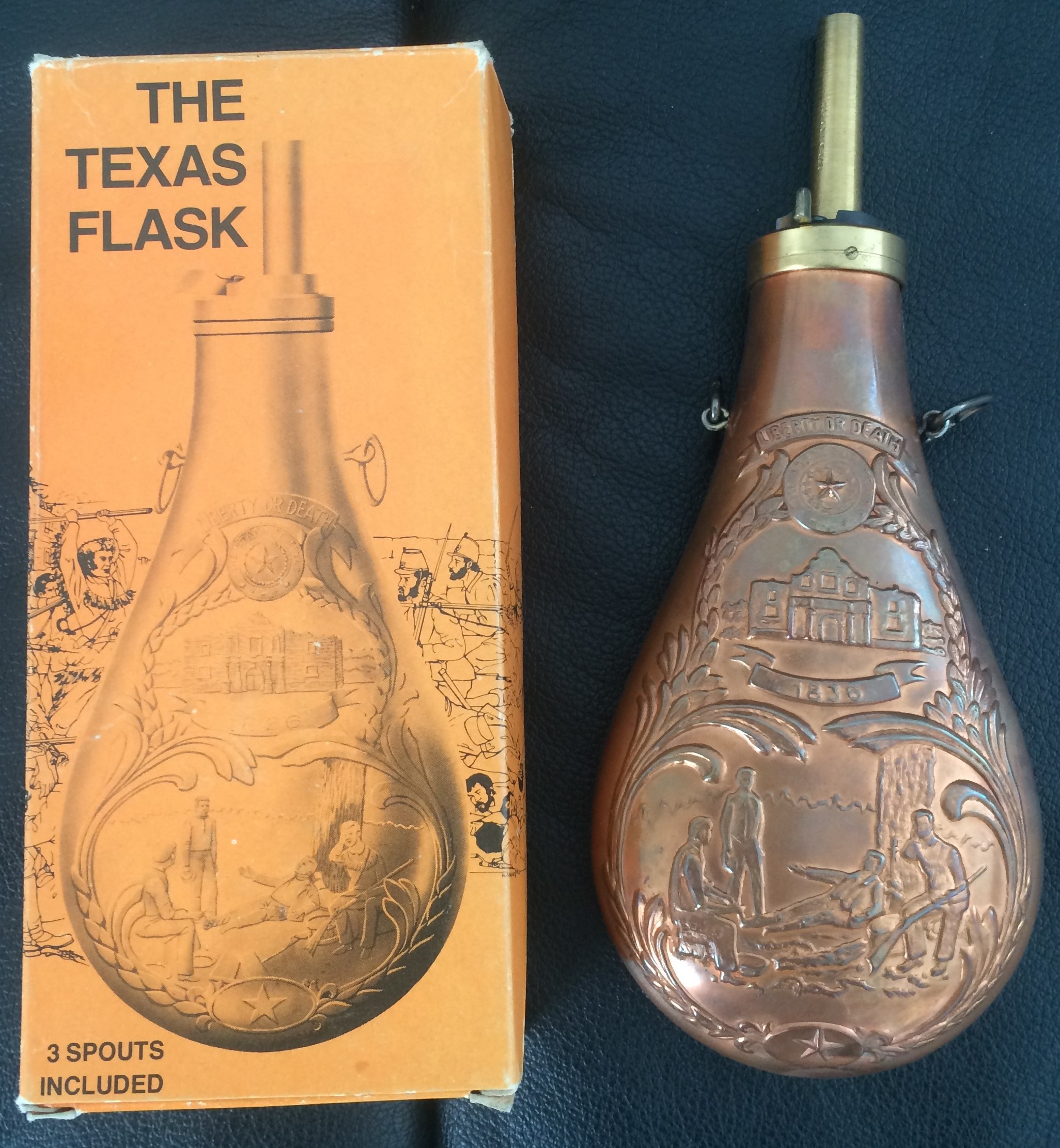 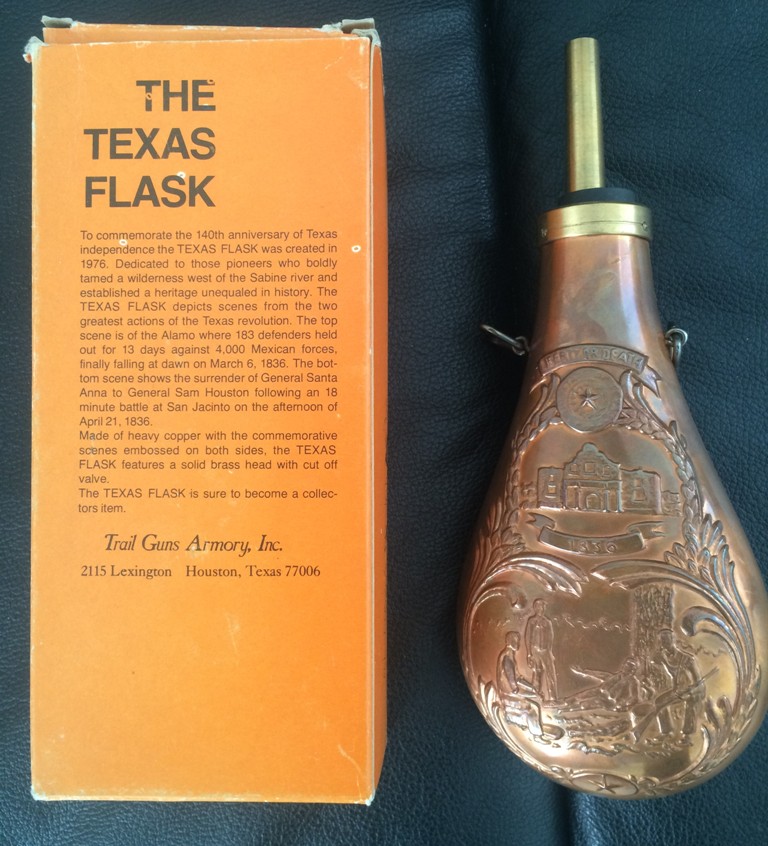 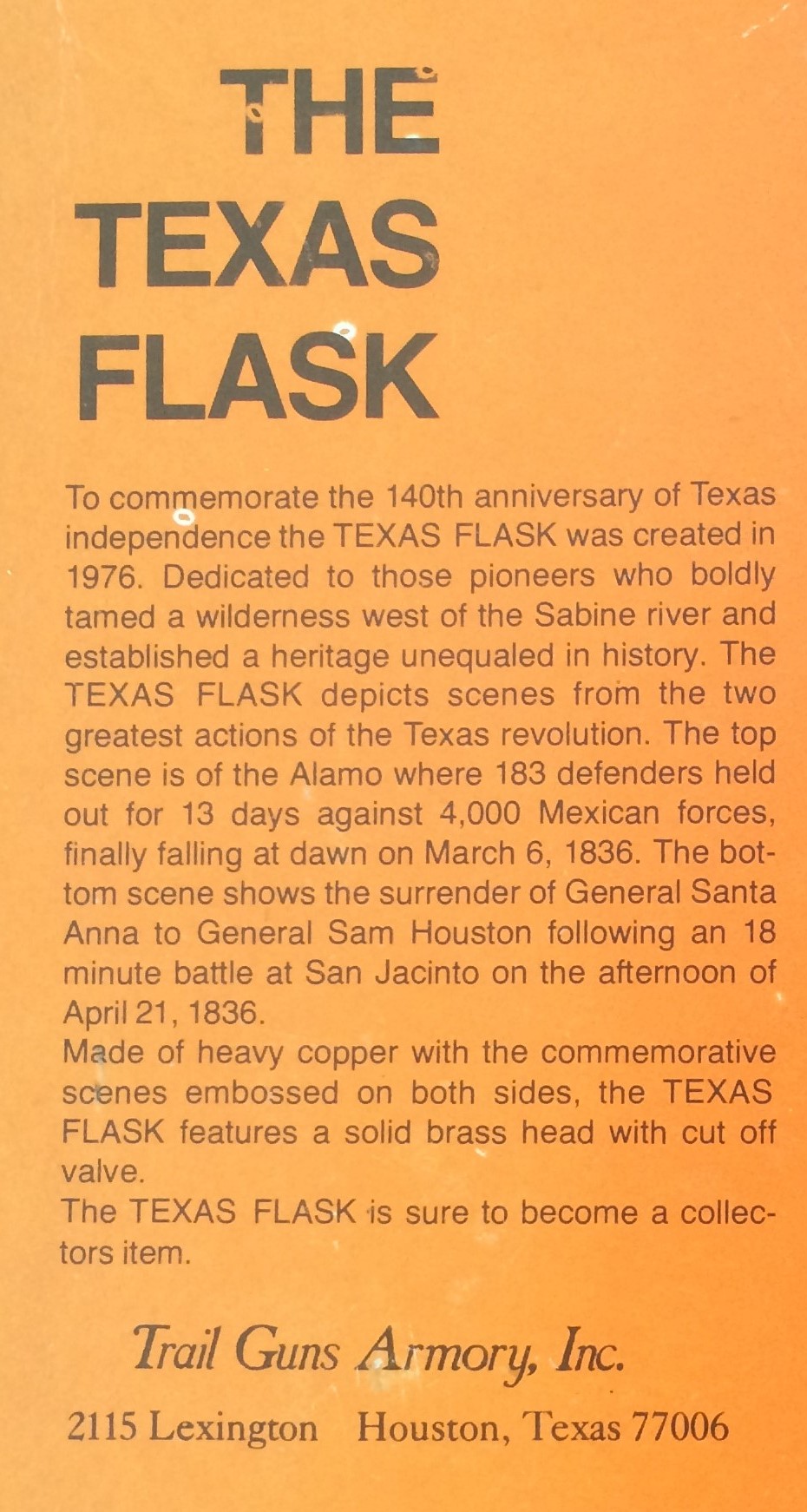 The Texas flask is made from heavy copper. It shows on both sides a scene from the Revolution, and has a large brass charger spout